Looking for a few good people

As I have mentioned earlier, I recently got a job. This is a good thing since it will allow us to eat. It is also a good thing because I love the job. I get to teach English to a group of adults that really want to learn it. They are mostly women, and many of them have lived in NY for many years, and yet they have never been able to learn more than a couple words of English.

This is not because they do not want to learn. It is because life runs away with us all. They come to the US with full lives, with children and husbands and they work hard, often in jobs that do not expect them to say anything. Politics aside, can you imagine living in a country in which you can not speak the language? I know that sometimes it seems like Spanish has become the second language here in the US, and especially in NY. But the reality is that even here in NY, without English, a person is extremely limited. I have been there. When I moved to Congo I spoke neither French or Swahili. That basically means I could talk to no one. I know what that feels like. And how hard it can be to change that. So I love working with the students that I have, and teaching them English.

But I am also still running SHONA. The craftspeople are doing a fabulous job. They sew constantly, ship regularly, and can't wait to continue expanding.

And here I am with boxes upon boxes. Each new product has to be photographed. And then I have to actually get people to come and see our products in our online store.

Before I took this job, SHONA was doing really well. For 4 months in a row we were 100% self-sufficient. Of course the holidays helped with that, but mostly what helped was that I was going to craft fairs and getting our name out there.

Now our name is...err...very, very small. So I thought I would put a general invitation out there. Is anyone out there with a little extra time on the computer? Is there anyone who likes to surf, twitter, etc. and would like to do it to help a good cause? 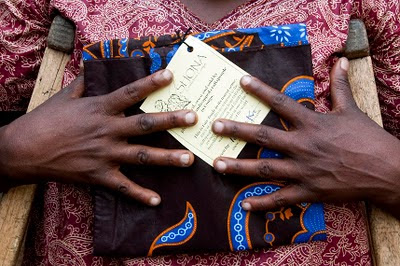 And while I am at it, is there anyone in the NY area that would like to be in some photos? We've got a fabulous photographer lined up to take some photos for us, but we need people to model. Don't be shy, I know you're out there.

And I might just as well say this. Is there anyone that is interested in helping SHONA in any way? Everyone has gifts and talents. I'd love to talk with you about ways we could partner with you and use your skills to hep us. We are very small, but our craftspeople are truly incredible people. I'd love your help in better representing them to the world.

Thoughts? Ideas? Please feel free to comment here or send me an email. 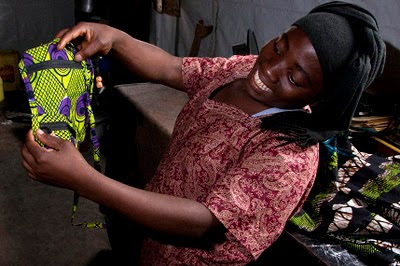 Posted by shona congo at 5:04 AM 3 comments: Links to this post

Africa is more than a drum beat...

Africa has become trendy. The NY times recently led their style section with an article entitled "Designing to an Afro beat". The article argued that African clothing, or perhaps "African-themed clothing", is on a rise.

They said "retailers like Barneys New York, mass marketers like American Apparel and (various) designers... embrace pan-African influences, responding, as if in concert, to some far away drumbeat."

The article also cites the costumes in Avatar.

Clearly Africa is moving up in the world.

But the article only considers a small portion of the ways in which Africa has become trendy in the fashion world.

Little did the author of that article realize, you don't even need the those leopard prints to sell Africa to the fashion world.

All you need is an African orphan, or child soldier, and you've got your next trend in the making.

Take, for example, this group. They are making whistles. Stylish ones, of course. For $30 you can buy a regular whistle, or upgrade and for only $10 more and you can buy the "gunmetal whistle". And for one hundred you can get the gold whistle (read the fine print. It is brass.)

Kind of pricey? Don't worry, you don't just get a whistle, you get a story, in the form of the Falling Whistles Journal. Apparently the young founder of this organization traveled to Congo briefly and heard a story about a child who was too small to carry a gun, so they sent him to the frontlines with a whistle...

A number of questions come to mind, and much has already been said about this on the very interesting blog Wronging Rights.

But Falling Whistles is just one of a growing number of companies/organizations selling African charity as fashion. The organization Common Threadz offers to donate a uniform to a needy orphan every time you buy one of their $38 t-shirts. They even have a line of t-shirts called the orphan line. Catchy title, I suppose. The "orphan line" shirts were actually designed by African orphans they tell me. Ok, "designed" might be a stetch. But they did have children draw the pictures.

Yes, it is slightly alarming to have t-shirt lines called the orphan line, but really where is the problem? All of these organizations donate money, or goods, or services, to Africa.

But can't we do one better?

Because, whether we believe it or not, Africa has actual clothing designers and jewlery makers. Where do you think these t-shirts and whistles are made? I'm willing to bet that it is not Africa.

Why do we seem to dream-up products here (and produce them, somewhere else) and sell them in Africa's name? Who are we doing the favor to? Africa probably has one of the highest populations of tailors and seamstresses in the world. They are talented. Given half a chance at fair import/export regulations and decent infrastructure, Africa's sewing industry would take the world by storm. Not to mention their craft industry.

It is nice the way we have figured out how to market charity, and make it trendy. I believe there is a lot of good will behind it. But charity isn't always what people need.

Support the incredible talent of Africa. Visit our store and check out our new products! 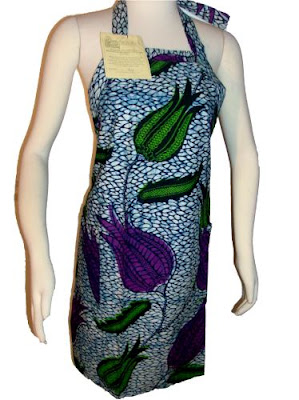 Posted by shona congo at 2:58 PM No comments: Links to this post