I never realized how important ironing is, until I worked with the SHONA ladies.

But in Congo, that is hard to come by.

In Goma, and throughout Africa, the solution is a charcoal iron, which doesn't depend on electricity. It is basically a hollow box of iron, with a handle. You can open it, pile charcoal inside and close it again. Then you push it along the cloth, just like an electric iron. Except of course that the heat is a tad bit hard to control. First you have to start a fire, and heat your charcoal, which incidentally does not come in neat little bricks like it does here. In fact, it looks remarkably like exactly what it is. Chunks of wood turned black and ashy. It is light-weight and prone to flaking. So the charcoal iron, unless you are very careful, can get soot and ash all over your carefully sewn work. It also goes from too hot to too cold in a matter of minutes. For the SHONA ladies, whose work will be rejected if there is a single black spot on it, the charcoal iron is not their friend.

So we need electricity. In Goma, electricity comes and goes. The SHONA ladies have been known to leap out of their beds in the middle of the night, when electricity finally arrives. They carefully plan and re-plan their work, around the appearances and disappearances of electricity.

For the past three days there has been no electricity in the neighborhood. Why? because three days ago a fire started down the street. It burned down eight shops, and those businesses lost everything (no reported deaths thankfully). What caused this fire? A gas lamp, a charcoal fire, a cigarette? Nope. Too much electricity.

Ahh...in the city of Goma, there is never enough electricity, until, there is too much. The power surged in the neighborhood, started a fire, and then was cut off completely. Sometimes you just can't win.
Posted by shona congo at 11:09 AM No comments: Links to this post

It's September and I am back to teaching.

As you may know, since we returned to the US, I have had to work. I mean, do a job that actually pays me. Life here is simply too expensive for me to spend all my time volunteering on SHONA for free. So I work 25 hours a week teaching here in NY, and spend my remaining time on SHONA.

Other than the fact that it is somewhat impossible to balance these two tasks, and find any time left to breathe, I love it. I love my job teaching English as a Second Language to adults. I really love my students, many of whom are undocumented immigrants. Having also taught high school in the public schools here in NY, I greatly appreciate how hard my adult ESL students work...and the fact that they don't throw papers across the room! :) Many of the people I work with live on the edge of society here, much the same way that the SHONA women live on the edge of society in Congo. Sometimes people ask how I deal with the contrasts of my life, working with disabled artisans in Congo and Spanish speaking immigrants here in NY. But to me they seem more like the common threads woven throughout. It's true it can be hard to go from life in Congo to life in the US. It can be hard to go from the poverty and insecurity in Goma to the relative comfort and security we live in here.

But its the people who keep me sane. In Goma I was asked the famous question at least once a day "why don't you have kids?" Of course most people here in the US, would never dare such a question, we love our privacy. But my Spanish-speaking students have quickly taken up the slack, same question, same laughter when I respond in an exaggerated tone "But kids are sooo much work!!"

When I was living in Goma, nothing crossed language and cultural barriers faster than food. Ugali, a common staple, is a kind of sticky paste that you pick up with your hands and dip in sauce. Meals centered around a big pot of ugali and another of sauce, with everyone digging in. Nothing seemed to make my friends in Goma sadder than if I refused a meal, and such a refusal was usually followed by the SHONA women eyeing me up and down and discussing why I needed to gain wait (I really don't!) and why I might not be eating. This discussion would of course take place with me standing right there. Likewise, my students here feed me all the time. They bring me coffee in the morning, with a Mexican roll. They bring me tamales and mole and guacamole. All homemade. Neatly packed for me to take home to my husband. Clearly, while they think I'm a good teacher, they are not so sure about my talents as a wife! This too is a common theme from Goma! Let's just say I'm not really the "home-maker" type.

My students declare parties all the time. Another favorite activity in Goma. And those parties are a big deal, involving intense negotiations and secretive plans. And most of all, lots of laughter.

My point is that if my students here, and the SHONA ladies ever met, they might not be able to speak a word to each other, but they would have a rocking party. They would love each other. And so I switch from Spanish to Swahili, making a fool of myself in both languages, but knowing that underneath there is a common language. There are people in all societies who live on the edge. And, I, for one, believe they throw the best parties.

Note: Don't get me wrong. Life's not easy on the edge, and people work incredibly hard. Harder than I'll ever know. But consider the music. Much of the greatest, most exuberant music in this world comes from the poorest, most difficult places. Have you heard Congolese music? The music and laughter doesn't erase the hardship, but neither does hardship erase a person's capacity for joy. In fact to me, it seems to make it greater.
Posted by shona congo at 5:27 AM 1 comment: Links to this post

As a teacher I am quite familiar with Labor Day.

It means the end of summer vacation.

To teachers (and students alike) it means that 2 month stretch of summer possibility is over.
Those endless summer days that we imagined, and never quite materialized, have slipped out of our grasp for another year.

Among parents, I swear there is a collective sigh of relief. Yes, I know you love summer. And I know that gearing up for the school year is hectic to say the least. But I have heard no shortage of mother's murmur a word of thanks for the start of a new school season. We all know that routine can be a good thing.

Somewhere in the midst of my musings on the importance of Labor Day as an end-of-summer celebration, I do occasionally remark that the holiday is named "LABOR day"

To be honest, this seems completely normal to teacher and students. Who wouldn't associate the end of summer with the start of labor?

The working class are no doubt still with us. Though in smaller numbers it seems. Or maybe simply with less fanfare...and less voice.

But it is no wonder that we have recreated Labor Day as a celebration of the end of summer. We have to recreate it as something.

How ironic would it be to continue celebrating the working man in an era where the working man has become increasingly hard to find, not only because he (and she) is fewer in number, but because we've all come to believe that we are something else. I've worked at vocational schools where "the vocation part" was being phased out. Why? Because all students are college material, our government says so. We are all on career paths. And we've got the Bachelors, masters and PHDs to prove it. And the debt as well.

What happen to celebrating working men and women as the backbone of our country? How have so many of us become managers, consultants, experts, academics, social-entrepreneurs, bloggers...

Or how have we come to redefine ourselves this way?

How many of us would define yourself as working class? In the real traditional sense?

In an era where unemployment is high, but equally high are the number of hours that Americans work each week, we've somehow ceased to define ourselves principally as workers. And we've certainly ceased to unite as such.

Labor Day (and even more so the International Workers Day around the globe) was a celebration not of the individual workers, but of collective workers. And there in lies the rub. Today, we all might define ourselves as hard-workers, but it is on an individual scale. Few of us see ourselves as part of a collective group of workers. This is where the American working class has gone. It's not that we've all gotten lazy and stopped working, it's that increasingly, we are all in it on our own. We jump from job to job, change careers, put it long hours, chase the American dream, largely on our own.

"Social-Entrepreneurship" is one of the hot new majors at university. This myth of the individual entrepreneur, kind of like the pioneer of a different century, fits perfectly with our ideals of the American dream as something that we chase individually. It's interesting that we've come to see entrepreneurship as a solution to our social problems as well. As though even our collective problems, will be solved not by group action but the brilliant ideas and energy of a few. Indeed we've created a form of social activism that comes complete with its own "rock-stars".

In honor of a different "Labor Day", one with its roots in collective action I am quoting again Marge Piercy's poem (that I love so much).

"I love people who harness themselves, an ox to a heavy cart,
who pull like water buffalo, with massive patience,
who strain in the mud and the muck to move things forward,
who do what has to be done, again and again.
I want to be with people who submerge
in the task, who go into the fields to harvest
and work in a row and pass the bags along,
who stand in the line and haul in their places,
who are not parlor generals and field deserters
but move in a common rhythm
when the food must come in or the fire be put out.
The work of the world is common as mud.
Botched, it smears the hands, crumbles to dust.
But the thing worth doing well done
has a shape that satisfies, clean and evident.
Greek amphoras for wine or oil,
Hopi vases that held corn, are put in museums
but you know they were made to be used.
The pitcher cries for water to carry
and a person for work that is real. "
Posted by shona congo at 6:45 AM 1 comment: Links to this post

It's the grand opening party for our new store and for this weekend only we're offering 20% off everything!!

Come and celebrate with us!

Use discount code "newstoreparty" at checkout to receive your discount!
Posted by shona congo at 6:50 PM 1 comment: Links to this post


After what seems like FOREVER...
We have a new online store, and we are super excited!

The SHONA ladies have been sewing up a storm and I've spent weeks staring at HTML, taking photos, counting our stock, and adding lots of new features to the store,

And we have two new shipments in, with bags, aprons, placemat sets, table runners, throw pillows, blouses, boubous and fabulous skirts. Check it out today! 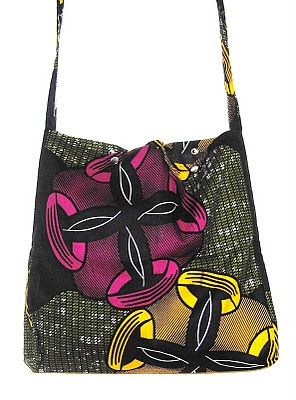 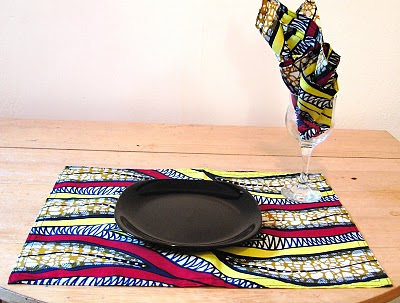 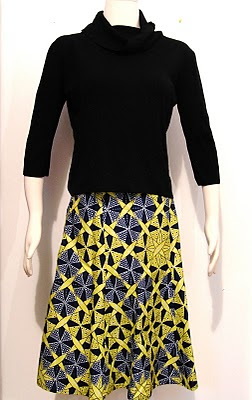 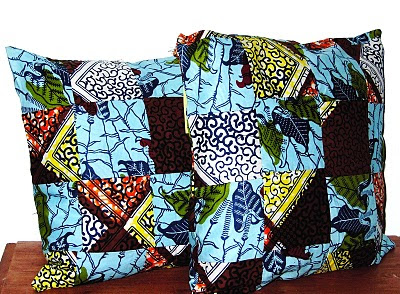 Posted by shona congo at 7:55 AM 3 comments: Links to this post