As some of you may have noticed, I seem to have disappeared.

Sorry about that. I have not actually so much disappeared as I have been trapped in my house, literally. There have been so many boxes, as we have been assembling our first large wholesale order, that I could barely see my way out of the apartment.

But finally we have been able to ship the boxes on to our wholesale customer, and that is who I would like to introduce right here.

Check out www.globalgirlfriend.com and you will find an online, fair trade store. The store was started in 2003 by a woman named Stacey Edgar. It sells fair trade items made by women around the world and is a great way to support small projects with all kinds of different purchases. 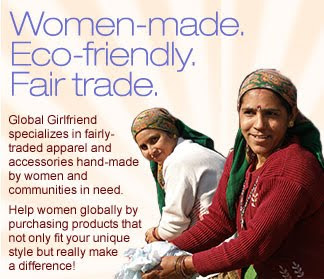 I must admit I am a cynic. People often mistake me for an optimist because I do things like start SHONA, with nothing but what appears to be blind hope.

But actually, when it comes to "do-gooder" operations I am often the biggest cynic of them all. I have seen a lot of programs that don't do what they promise to do, and a lot of broad claims about changing the world that translate into something else entirely on the ground.

So I am happy to recommend Global Girlfriend to you. They started as a one woman project, and have grown to over a million dollar enterprise. Yet still they are interested in working with us, as tiny as we might be. In fact Stacey Edgar herself has more or less bent over backwards to work with us, to help support us.

So check out their website and buy something that truly does support women around the globe. Or buy Stacey's new book which even has a small section on Argentine (check out the beginning of chapter 2, to see Argentine make her print debut!) 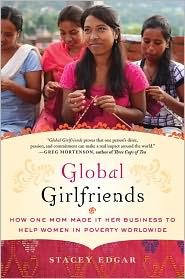 And send our many thanks to the people at Global Girlfriend for taking a chance on small group of women in Eastern Congo!
Posted by shona congo at 5:40 AM