" Tuko na problem"
"we have a problem.

You can imagine the sinking feeling in my stomach, when Mapendo started out the conversation this way the other day. She went on to say...

"We think you made a mistake. Remember how you told us to shorten those wrap skirts? We tried to shorten them, but it just won't work! They are already so short! I tried one on..."

At this point Mapendo burst out into embarrassed giggles as she recalled the scandalous length of our summer wrap skirts. The ladies were sewing knee-length wrap skirts for the summer, but every time I thought we had agreed on a nice, summery knee-length, the skirts started creeping a little longer. Inch by inch, they were becoming more like 3/4 length skirts.

It reminded me of the teenage girls on the subways in New York, heading off to Catholic school in their plaid skirts. Every time you glance back at those girls those little plaid skirts seem to get shorter and shorter. They do it so gradually it is hard to be sure. But I am guessing when those girls walk out of the house in the morning, those skirts look quite modest, and by the time they are well into their afternoon commute, the skirts have become nothing short of scandalous.

The SHONA ladies, who are barely more than teenagers themselves, are fighting that same battle. Except in the opposite direction. And on your behalf. Although I have explained to them that a knee-length skirt is still quite modest in this country, the women are concerned about your reputations and eager to cover up those knees a little bit more!

At any rate, after serious promises that our skirts were by-no-means considered short in this society, I extracted a promise that the ladies would resist the urge to add an inch or two here or there. So come and check out our collection of "summer length" skirts and wraps. They really are great for the warmer weather, and we're pretty sure that, thanks to Mapendo, your knees won't be too scandalized. 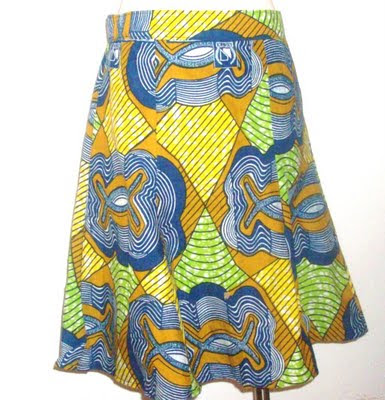 This is a friendly follow-up to our first message to you (May 2010), to warmly invite you again to list your blog on our Expat Women Blog Directory (http://www.expatwomen.com/expatblog/). Blogs like yours are excellent sources of information for relocating expats, so we would love to include it with our other 1,700+ self-listed blogs.

We are also excited to let you know that we just re-launched our main website (http://www.expatwomen.com/), so please drop by and have a look if you are interested.

Many, many thanks and wishing you success abroad!