Joy comes in the morning 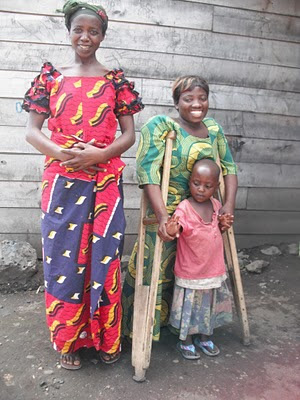 This is Argentine's mother. She looks young doesn't she? But she has lived through no shortage of obstacles. She has 7 children, Argentine is her oldest and the three-year old standing next to her is the youngest. In other words, there are five more, between Argentine and Pascaline. Argentine's mother has raised those children more or less single-handedly, in a rural village that has seen too much fighting and not nearly enough peace.

Remember that before Argentine came to Goma she could not walk. Her legs were curled up underneath her, the result of childhood polio.

This is the mother who carried Argentine on her back for all those years, with all those younger children to care for as well.

How beautiful to see them here together again. And Argentine standing so proudly beside her mother. I am sure there were many times when both Argentine and her mother wondered what the future could possibly hold. Who knew it would hold so much joy? 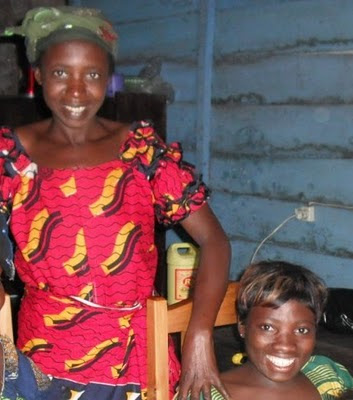 I came to this place by chance, but I found very interesting. Greetings to all the people who visit this page.