What is International Women's Day? 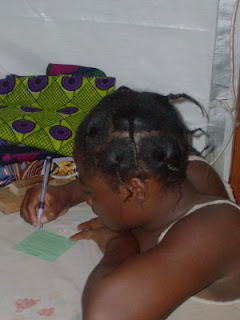 March 8th is International Women's Day. Have you heard of it?

Somehow I had never noticed Women's Day until I came to live in Africa. I'm not sure if we celebrate it in the US and I just wasn't paying attention or what.

But here it is a big deal. Prices for cloth skyrocket this month, just as flowers probably cost more around Valentine's day in the US. Every group of women that could possibly exist in Goma, comes into existence for Women's Day. They might be a church group, an association of some kind, a neighborhood group...the possibilities are endless. They might not meet again for another year. But in the weeks preceding Women's Day, all the stops will be pulled out. They will meet, contribute to a group fund, and buy matching cloth for every woman in the group.

Then on Women's Day, they will parade around town. Literally. Groups of women in matching outfits, carrying a banner to declare themselves start lining up at dawn to get the best place in line. Personally I wouldn't be surprised if the ones in front slept there all night just to get that position.

By the time my group got there last year the line already stretched for many blocks. And then around 10 the parade begins. Don't get me wrong, this is not a parade with floats and marching bands and antique fire engines. This is a parade of women. In matching outfits. And that is about it.

I hated Women's Day last year. And I vowed never to participate in the parade again. My group of handicapped women, wanted to participate last year, so we went. And we were cut in front of, pushed out of the way, and practically run over as other groups tried to get closer to the front of the parade. I'm not sure where they were rushing to. But they never got there. Eventually it started pouring rain and the parade disintigrated into a display of women pushing eachother to get under the nearest overhang, already crowded with people. You see, it would be a disaster to get all the beautiful new matching outfits rained on.

I found it heartbreaking. This is Congo, and this is the day for women to show their unity. And it has devolved into a runway to model your new clothing, with each group trying to outdo the others.

If there is anywhere in the world, where women deserately need to stand together and show their strength it is here in Congo. The incidence of rape in Eastern Congo is the highest in the world right now. And if there is anywhere that they could speak out, it is here in Congo. Congolese women are strong; they are not timid. Certainly they were not timid as they jostled for the best place in line. I understand that there are some places in the world where women are simply unable to stand together and make a statement. They are too afraid to raise their voices. But this is not that place.

And so I found it heartbreaking when I began to calculate the amount of money women spend to buy cloth for this one day. And I considered the power that a group of women this large could have, if they decided to tackle an issue that women here struggle with. So much could be done on this day.

I suppose it is not unlike our many holidays in the US which have lost much of their meaning and their power.

But I invite you all to consider making International Women's Day meaningful in Congo this year. Staying in the Congolese tradition of buying something beautiful for this holiday, why not buy something from us? A purchase from SHONA celebrates the real strength and power of women in Congo. And it would make a real difference to us. We won't be out there parading this year. Two of our women will be playing "sitball" at a handicapped sports event. The other two will be sewing. The women have been working hard lately; trying to expand our inventory, studying 3 courses (Math, French, and "Faith and Action"), and supporting their families. Somehow parading around in the latest fashion doesn't seem particularly appealing to them. But they would be thrilled if you would wear something in their honor.
www.shonacongo.com 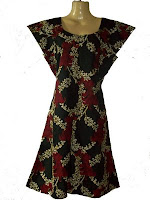 Happy Women's Day to you and your group from South Africa!
Love your blog! Keep on informing us on all of these very important issues.
Thanks!

Happy Wome's Day to you in South Africa as well! How is the holiday celebrated there? I'd be curious to know if it is similar.

Thanks for the encouragement on my blog! I enjoy yours as well!